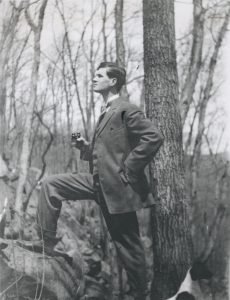 For the past 15 years, Earthstock has been a SBU annual tradition in celebration of Earth Day. The festivities will take place on the Academic Mall today, Friday, April 20. Special Collections has several important collections that document environmental history and advocacy including the papers of:

Environmental Defense Fund:  in 2002, the Special Collections became the official repository for the Environmental Defense Fund, whose efforts in led to the nationwide ban on DDT and the birth of modern environmental law. EDF is a public membership, non-profit organization of scientists, lawyers, economists and citizens dedicated to improving environmental quality. Incorporated in 1967 in the hamlet of Stony Brook, its founding members were scientists, citizens, local activists and legal minds (many affiliated with SBU) who demonstrated the toxicity of dichloro-diphennyl-trichloro-ethane (DDT) in a class action suit against Suffolk County Mosquito Control Commission.

Robert Cushman Murphy Collection: Long Island naturalist Robert Cushman Murphy was an American ornithologist and Lamont Curator of birds at the American Museum of Natural History. In 1951, he led the expedition that re-discovered the Bermuda petrel, or cahow, a bird believed to have been extinct for 330 years. The author of more than 600 scientific articles, his book on the region, Fish Shape Paumanok: Nature and Man on Long Island, was published in 1964. 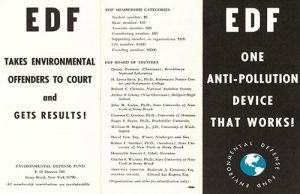